The release of the new edition of Kill Team marked the start of our campaign into the hellish Octarius Sector, and a bad situation escalates in War Zone Octarius – Book 1: Rising Tide, available to pre-order this Saturday. The Tyranids of Hive Fleet Leviathan are beginning their invasion (thanks to former Inquisitor Kryptmann’s shenanigans) in unfathomable numbers.

The constant carnage has forced the Hive Mind to adapt its forces in all sorts of ways – such as the new Synaptic Link abilities – and now Rising Tide’s Codex Supplement: Leviathan is here packed with rules to help you consume the Octarius sector. New Relics, Warlord Traits, and Stratagems are on hand to power up bioforms big and small, and combined with Codex: Tyranids they’ll make your swarm more terrifying than ever. 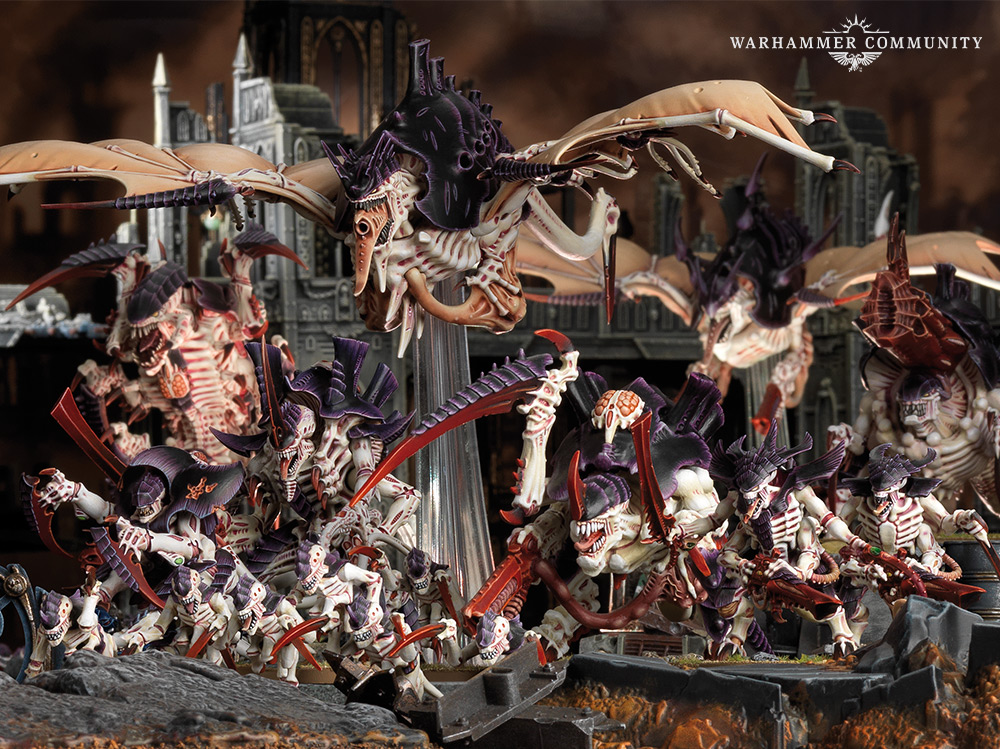 Newly spawned creatures are often adapted to their enemies and environment, and as one of the foremost Hive Fleets, Leviathan has more specialist bio-artefacts than most. When encountering prey with daemonic wards or arcane force field technology, the Hive Mind feeds raw psychic energies into its champions’ weapons to better slip past such esoteric defences. 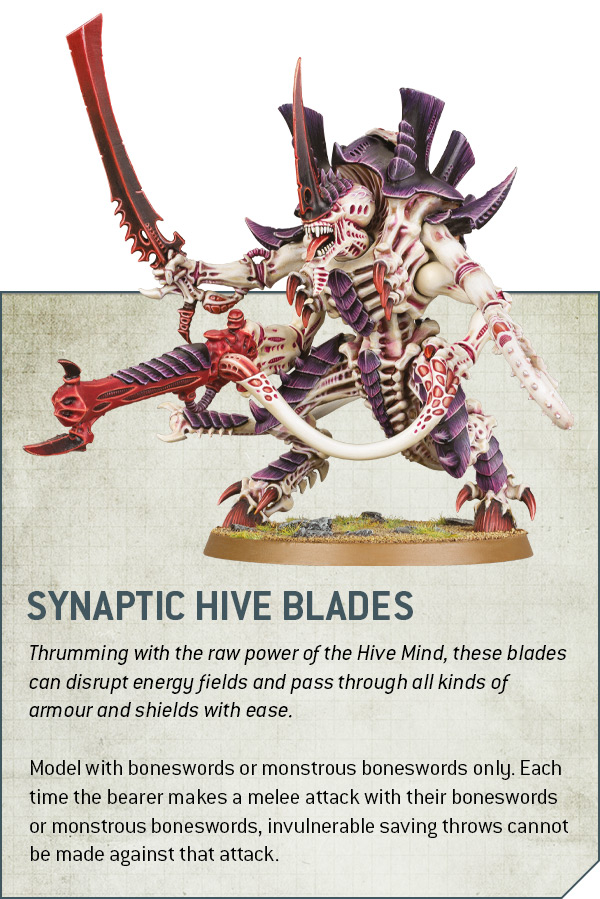 These blades turn a Hive Tyrant or Tyranid Prime into an absolute nightmare for enemy Characters, especially when using the new Gestalt Commander Warlord Trait to borrow the raw power of Behemoth or regenerative abilities of Hydra.* 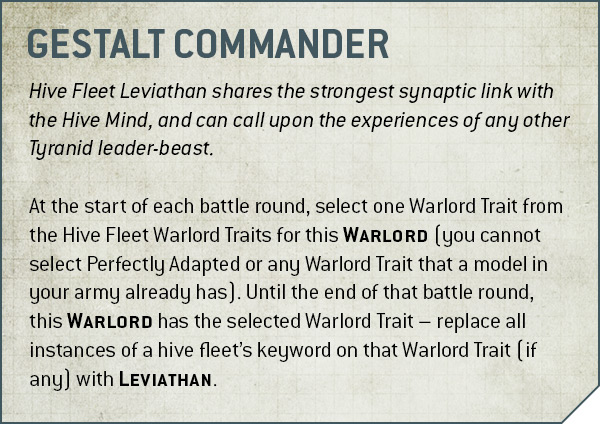 Can’t decide which of the new Warlord Traits you want to take? Why not have two with the Alpha Leader-Beast Stratagem? For just 1 Command point, your Tyranid Prime can dial the melee prowess of an accompanying squad of Tyranid Warriors up to 11 with Swarm Leader,* ensuring anything they attack has the worst possible day. 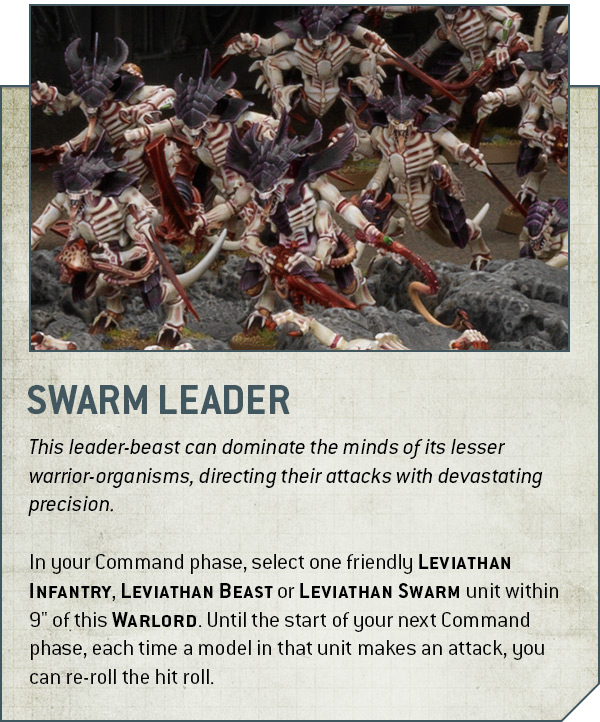 You never know quite what the armies you face in Crusade campaigns will add to their roster next, but the natural adaptability of the Tyranids means they’ll rarely be left without a suitable tool for the job. Being able to modify your strongest Monsters to deal with key enemy units means your opponents will live in fear of a swarm that seems to counter their every move. 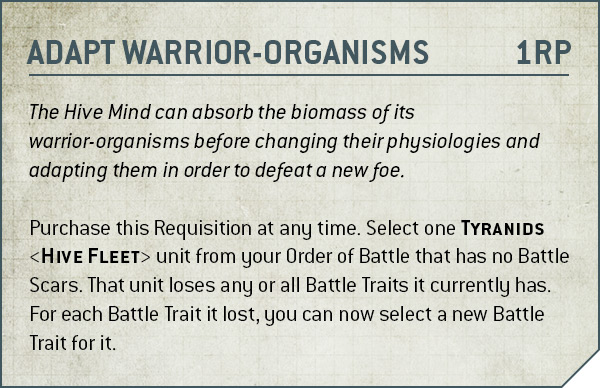 On top of this all, the Appendix: Tyranids section collects all of the additional rules published in the Psychic Awakening series in one place, making War Zone Octarius – Book 1 the definitive supplement for players looking to get more out of their ravenous murder-bugs. 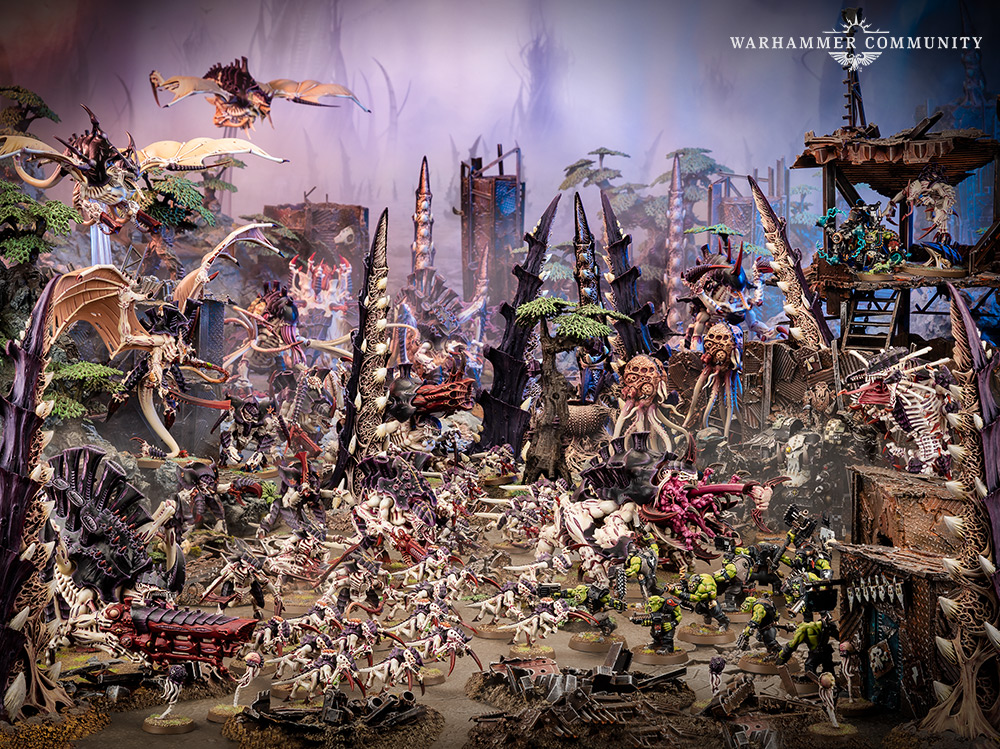 There’s plenty to come in Rising Tide, so make a mark in your calendar for this Saturday and pick up War Zone Octarius: Book 1 when pre-orders open.

« We’re on Crusade – Part 5
The Whiteshields Are Back, and Codex Supplement: Cadia Makes Them Hard Enough to Shrug Off Lascannons »
Copyright © 2020 Marco Lattanzi. Tutti i diritti riservati.