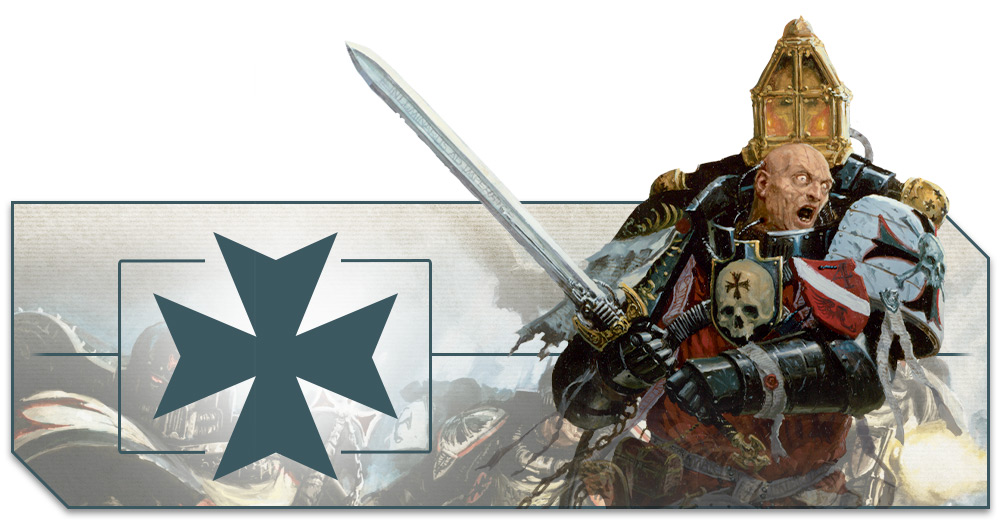 After the fantastic Black Templars Army Set came out earlier this month, the full release of the rest of the range is nearly upon us. From upgrade sprues to special characters and entire squads in the panoply of eternal crusade, the Black Templars have been redesigned from the ground up. 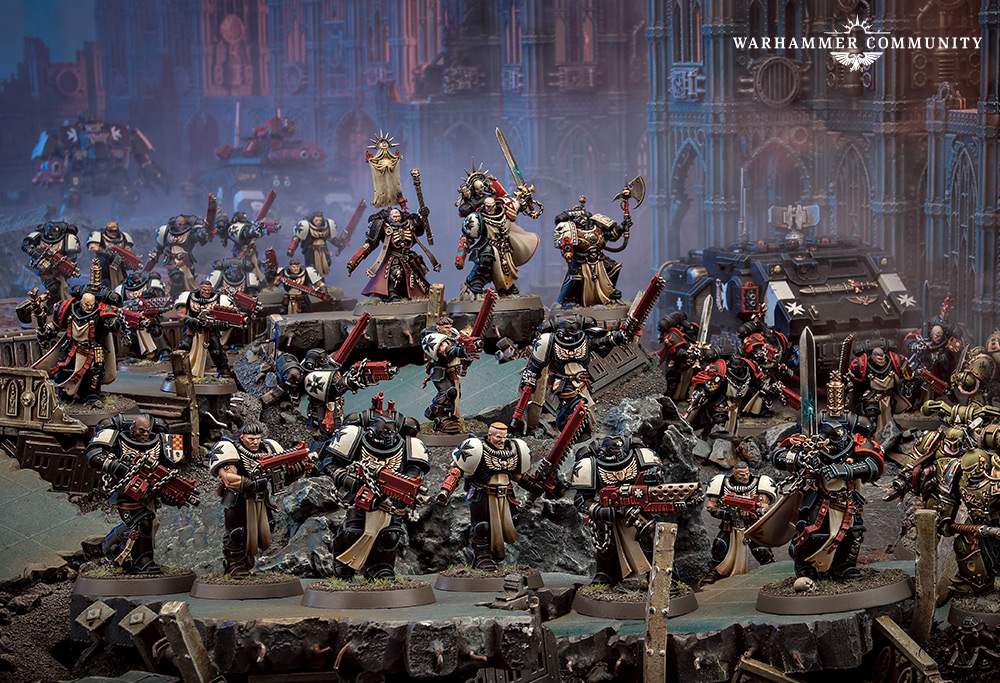 But how do you go about redesigning a Chapter that’s famously so resistant to leaving the old ways behind? We spoke to Maxime Corbeil from the Warhammer design studio to find out how the team went about it. Maxime just so happens to be a huge fan of the Black Templars who took on the task by harking back to the old ways of Warhammer 40,000, using classic John Blanche art from all the way back to the days of the third edition as inspiration.

The Sword Brethren are the elites at the top of the Chapter, and they have earned the right to fight however they like, Maxime explains. 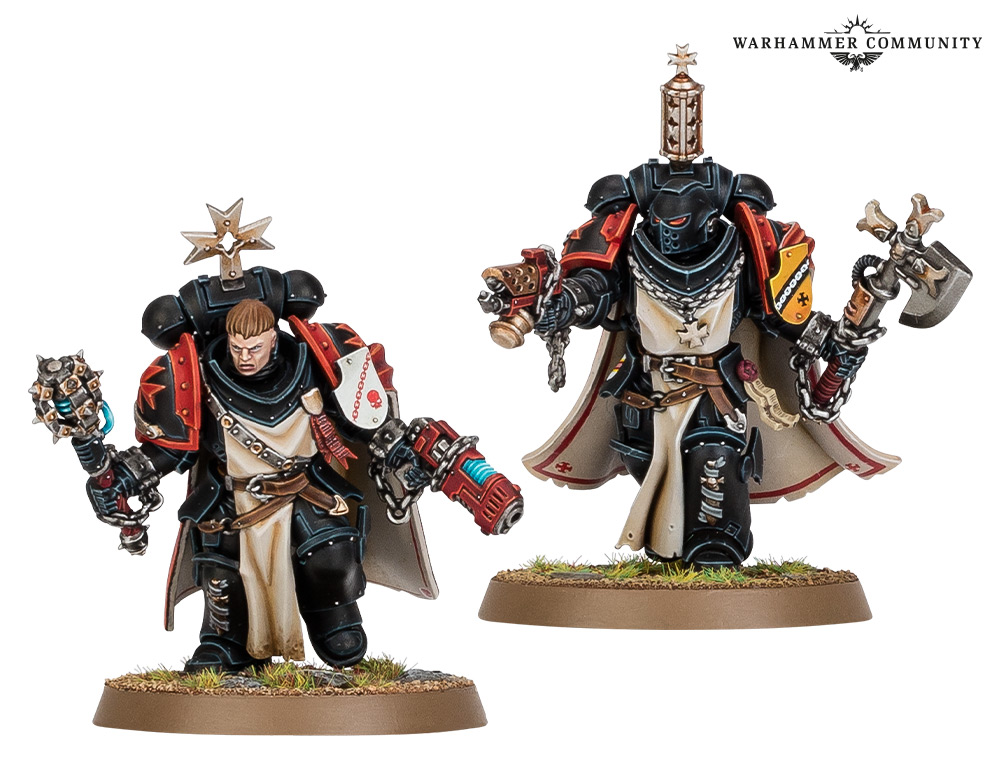 “They have access to the best gear, even esoteric weaponry – but being knights, they favour swords and axes. They could wear a power fist if they wanted to, but they’re all about the idea of nobility.” 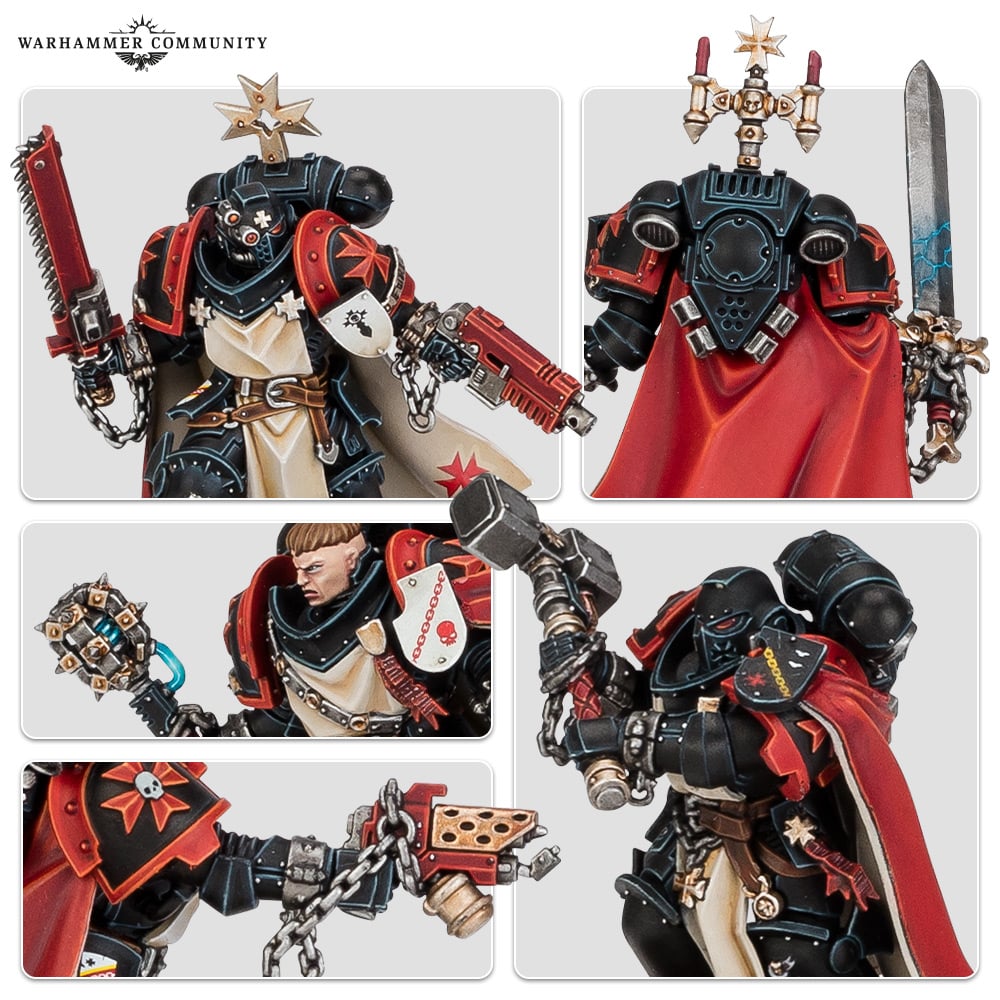 Each miniature is covered with unique details, suggesting that they all have their own personal artificer to work on their equipment. “They even have nicer chains of devotion than the rest of the Chapter,” Maxime points out.

“The cloaks are designed to echo the old Sword Brothers,” he adds. There may be Primaris Black Templars now, but the designers wanted to reinforce the idea that Black Templars are highly resistant to change. 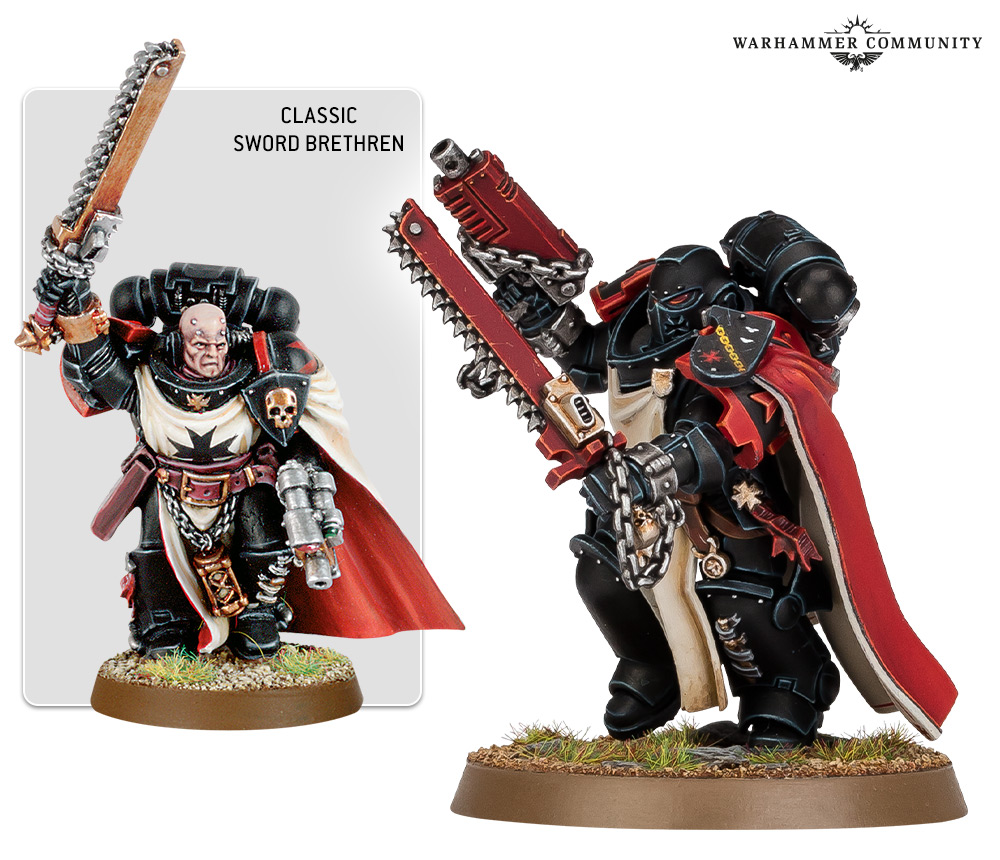 The Castellan is based closely on the iconic cover art by John Blanche from the third edition of Warhammer 40,000. Designing this miniature came with its own challenges as “he doesn’t follow the modern design language of the rest of the range”. 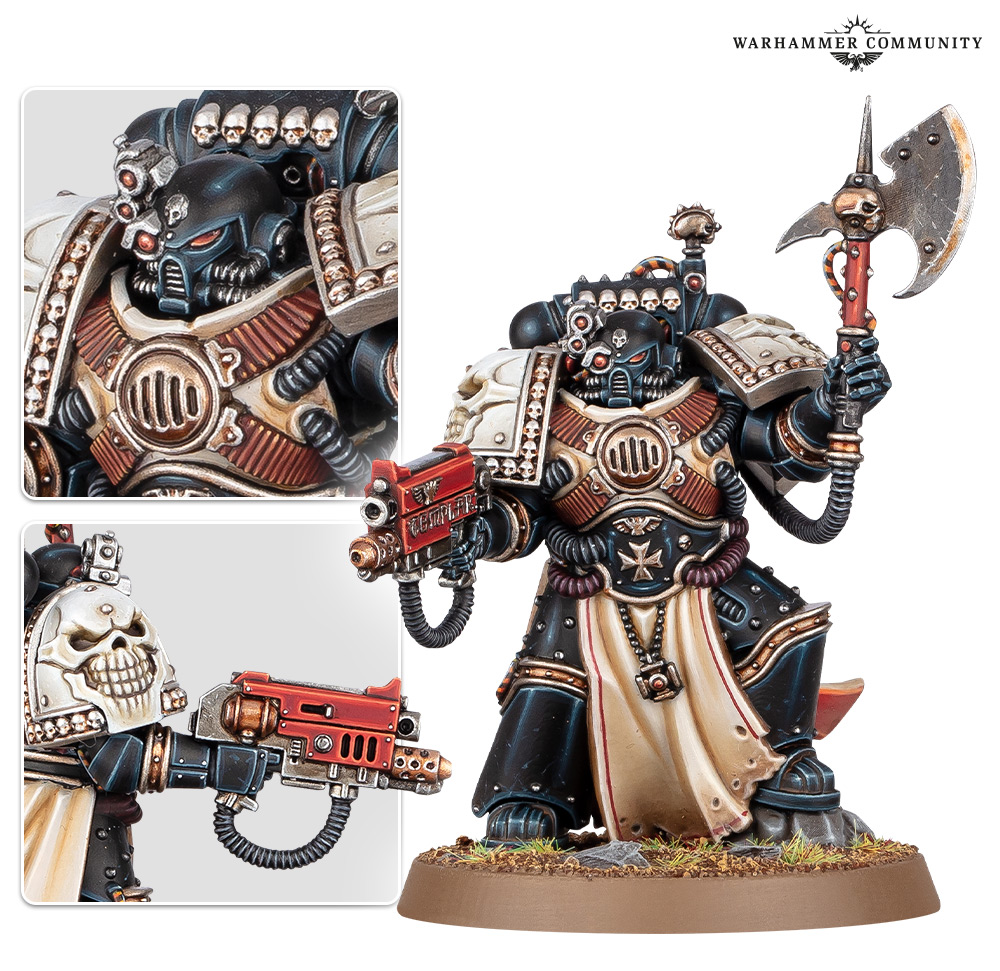 “He has no fewer than 60 skulls on him, so he’s probably one of the most Warhammer miniatures ever,” jokes Maxime.

The Marshal shows his status in fully personalised artificer armour, with layering, rivets, and cables to give him a brutal and archaic look. His left pauldron and the cloak are a reminder that all Marshals are selected from the Sword Brethren (as are the Castellans). 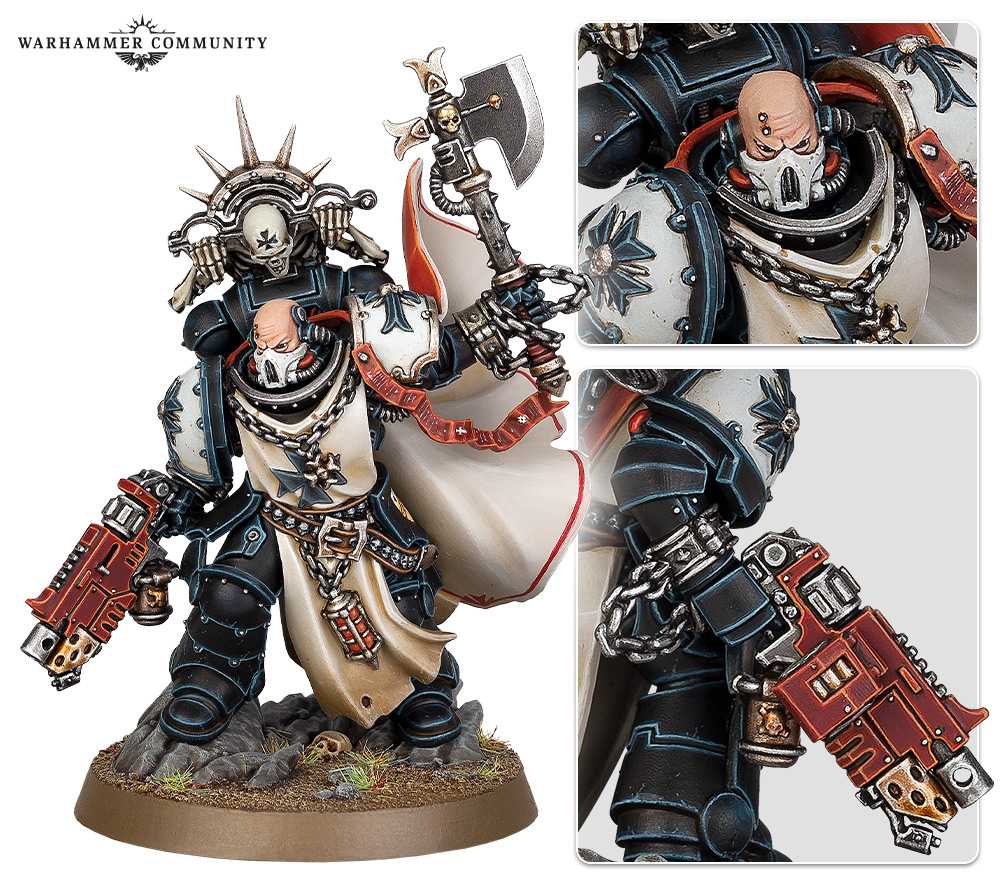 “The pose is a dynamic contrast with Helbrecht, designed to show the aggression of the Chapter,” Maxime continues. He sports a combi-bolt rifle and flamer – “it’s clear from John Blanche’s art that Black Templar Characters love custom combi-flamers!”

The old-school influences don’t stop there. The Marshal’s head and the axe are direct nods to the 1998 Captain who was originally introduced in the limited edition of the starter set that was released for the third edition of the game. 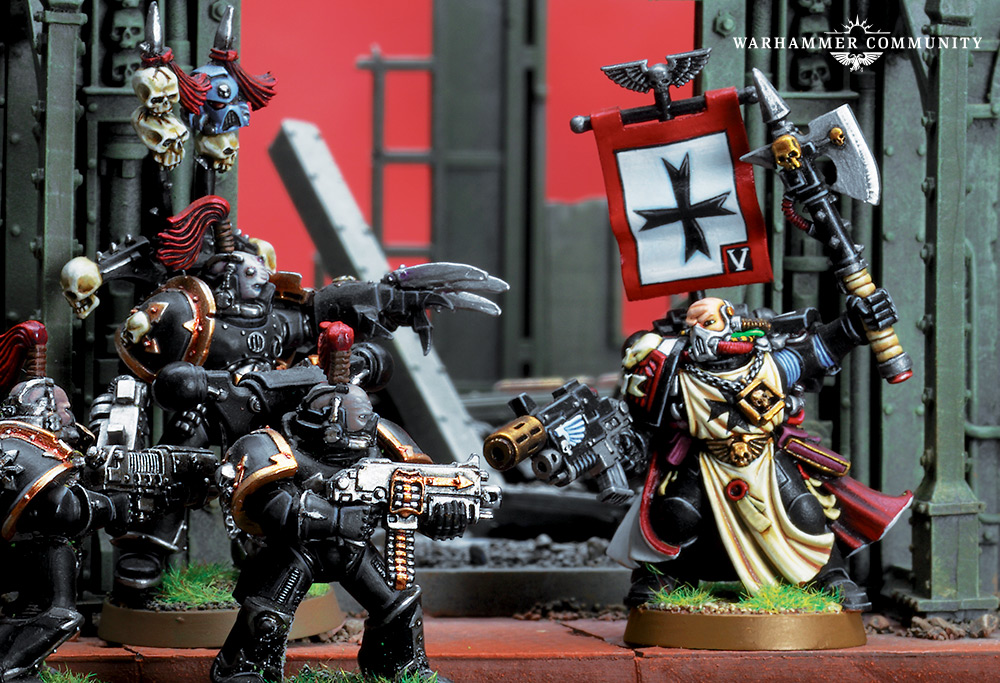 And as with Chaplain Grimaldus, “the iron halo incorporates a poor psychic null whose remaining power is supposedly warding off malign psychic attacks”.

Everything about the Crusader Squad suggests tradition and, well, eternal crusade. Their tabards become more damaged as brothers move up the hierarchy as “a bit of a symbolism to represent that they are a fleet-based Chapter”. 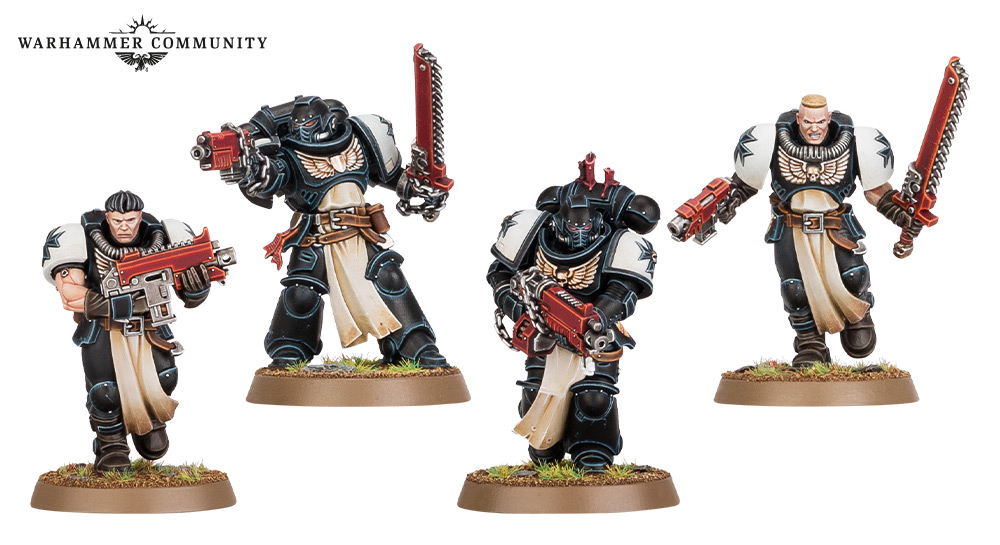 “They’ve been waging war for 10,000 years on the trot, so the squad organisation is very classic”, Maxime tells us. It incorporates special weapons and heavy weapons – in this case, a power fist.

The Initiates’ armour has more rivets than regular Intercessors, while some have classic crusader helmets, reminiscent of previous Black Templar incarnations. They also have hip plates that have been left blank to create the perfect location for crusade badges. 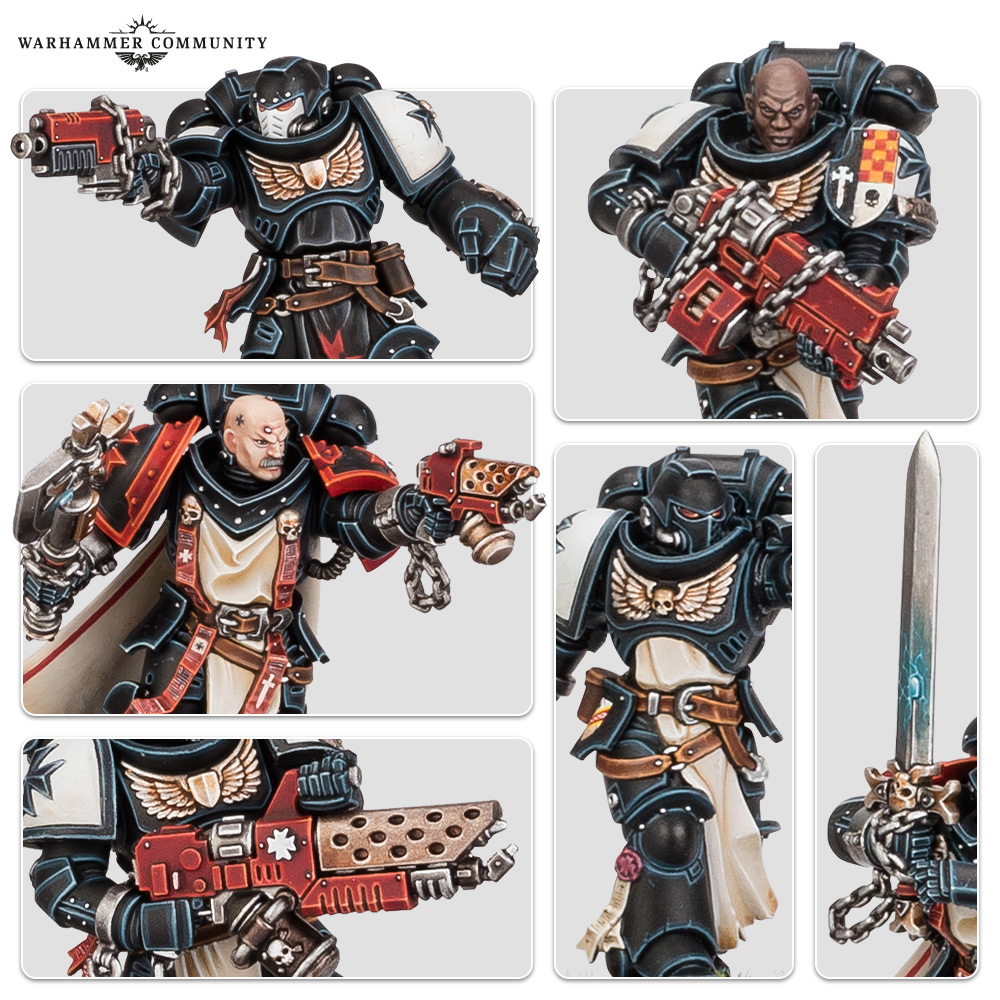 A lot of thought has gone into the kit, which allows you to build every model with a chainsword and pistol or with a bolt carbine or rifle. “The latter option leaves enough leftover parts to upgrade a regular box of Intercessors or Assault Intercessors with chained weapons,” says Maxime. 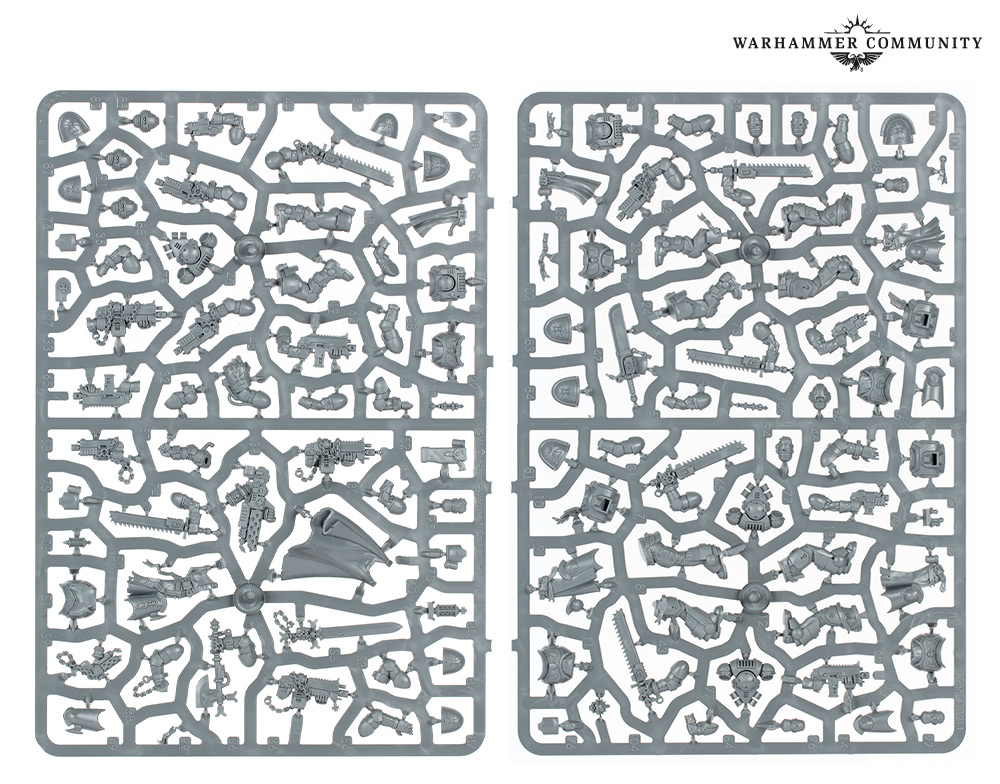 “The Neophytes are exciting – though they’ve always been in the background, they’ve never had specific miniatures before now,” says Maxime of the four juniors you get in the squad. “Black Templar players have had to substitute Space Marine Scout miniatures since 1999 – but infiltration gear doesn’t make sense in a Crusader Squad.”

As such, the design team went all-in with the medieval look on these miniatures, from the now-classic tabard and leather belts to bowl cuts. The armour has been updated with Primaris details too – “it’s a kind of Mk III Scout armour designed by Cawl himself”. 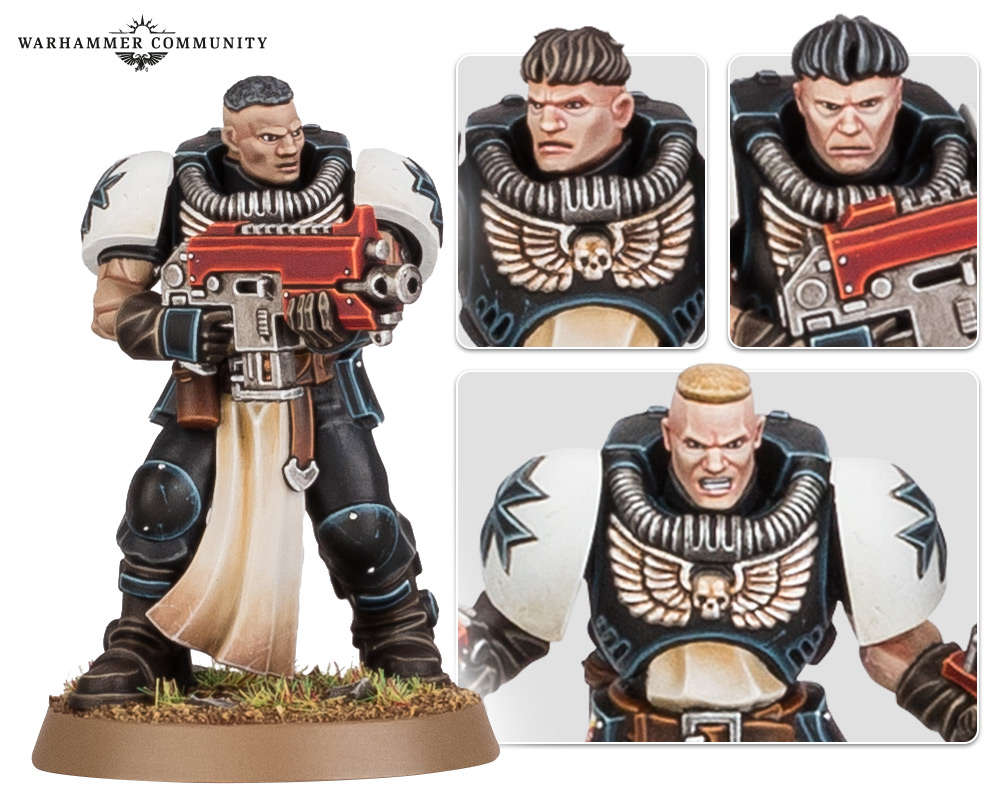 The full range of Black Templars units will be out soon, including High Marshal Helbrecht, Chaplain Grimaldus, the Sword Brethren Squad, and more. While we wait for them to arrive, you can get your own eternal crusade started with the Black Templars Army Set, which includes an exclusive edition of the new codex supplement with incredible John Blanche cover art.

« The Whiteshields Are Back, and Codex Supplement: Cadia Makes Them Hard Enough to Shrug Off Lascannons
Copyright © 2020 Marco Lattanzi. Tutti i diritti riservati.