It’s finally here! The new edition has landed at last. Across the world, hobbyists are waking up to a bold new era for Warhammer 40,000 – the start of a truly incredible epoch for all fans of the 41st Millennium. To celebrate, we’re holding a reveal-filled party on Twitch and rounding up the hottest headlines right here – keep checking back regularly for more goodies!

Watch along with Twitch below, or if you’re in the future, check out the archive to watch it back.

There’s nothing quite like a codex. Do you remember your first? Cracking open the pages to discover lore secrets about your favourite faction? Building lists with pen and paper? Gawping at stunning art? Combining rules, lore and more, codexes are something very special indeed – and the next generation of codexes are the most special yet.

Codex: Necrons and Codex: Space Marines combine the codex content you love with all sorts of new stuff for the latest edition of Warhammer 40,000. Sumptuous art and thrilling lore bring each faction to life, while the layout of each book has been redesigned in order to be accessible and easily referenced. 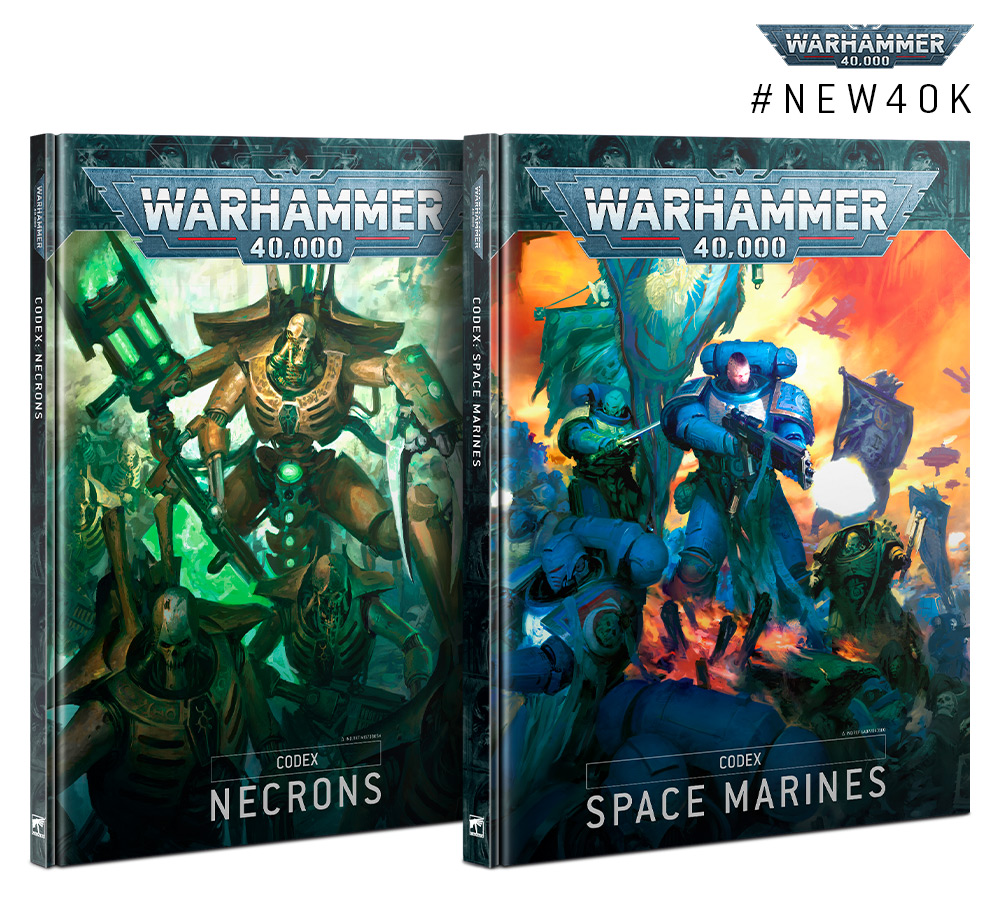 The new Codex: Space Marines will replace the current Space Marine codex, as well as the other First Founding and Deathwatch codexes – making it an invaluable tome that covers all those elements common across the forces of the Space Marines. A literal Codex Astartes*.

For fans of the Dark Angels, Space Wolves, Blood Angels and Deathwatch?

If you have one of these armies, good news – not only do you get a shiny new core codex with loads of new toys to play with, but you also have a new codex supplement on the way. You’ll be able to tailor your Space Marines force to fully embody the theme and spirit of their Chapter, and of course, include all their unique units and heroes.